Enrique came to us as a complete beginner with a time-sensitive need to understand native English speakers. We helped him use “Gist Listening” (amongst other techniques) to make the most of his limited time with us. He’s now a fluent English speaker!

Soon after we founded LEC we provided a course for a Spanish executive working for an international tyre company. He needed to attend a conference in Greenville, South Carolina, and he had absolutely no English at all! Fortunately, he didn’t have to participate actively in the conference, but he needed to be able to follow the presentations. Obviously, he also needed to be able to socialise in English with other delegates. He was here for three weeks.

The first thing we had to do was reassure him and help him to relax. He was so anxious that he was finding it difficult to concentrate and learn. The main skill he needed was “Gist listening”: the ability to get the general meaning of what people are saying.

Listening for gist means that you have to be able to recognise key words. In Enrique’s case we helped him to realise that he already knew many of the key words relating to his company products and processes. However, he didn’t always recognise them because of the peculiarities of English pronunciation. Key features include Concatenation – the way in which English speakers run words into each other so that it is hard to distinguish the endings and beginnings of individual words. Fortunately, thanks to the English stress system, key words are always emphasised. Enrique needed to learn how to ignore the words that are unstressed and concentrate on the stressed syllables – rather like skimming pebbles over waves. We also helped him to recognise common contractions, which are the other side of the coin.

One advantage for Enrique is that English contains a lot of Latin vocabulary. Many words (known as cognates) are very similar to Spanish, if you can recognise the pattern shift. For example, in English words ending in ion consistently have the stress in a different place from Spanish: information / informacion,  regulation / regulacion. We gave Enrique intensive practice in transforming Spanish and English cognates, and in gist listening – demonstrating that even if the vowel quality changed depending on the individual accent of a speaker, key word listening would still work.  In this way he rapidly developed his confidence.

Secondly, we taught him some key social English phrases – how to greet people or offer to buy them a drink, for example. Crucially, we also showed him how to explain with confidence that his English was limited, and to request that his interlocutors speak more slowly or repeat what they had said.

Enrique coped admirably at the conference and returned to us for a further two weeks. This time he had actually been offered a job in Greenville. This required a different approach. We had to show him how to develop his English while actually using it as his work language.

For his second course we therefore showed him the System of English tenses (which is actually quite similar to Spanish – except much, much simpler!) Using the GlobalApproach™ we also showed him the system of prepositions, phrasal verbs, linking words and word order. Learning vocabulary is a long term process as our semantic memory is less efficient than our procedural memory. Obviously in two weeks there was a limit to how many new words Enrique could learn – but we were able to draw his attention to word building patterns. Most importantly, we were able to show him how to access English for himself and how to get his native speaker colleagues to help him further. Enrique worked successfully in Grenville for two years. He speaks fluent English (although his colleagues tell us he has a very ‘individual’ accent!) 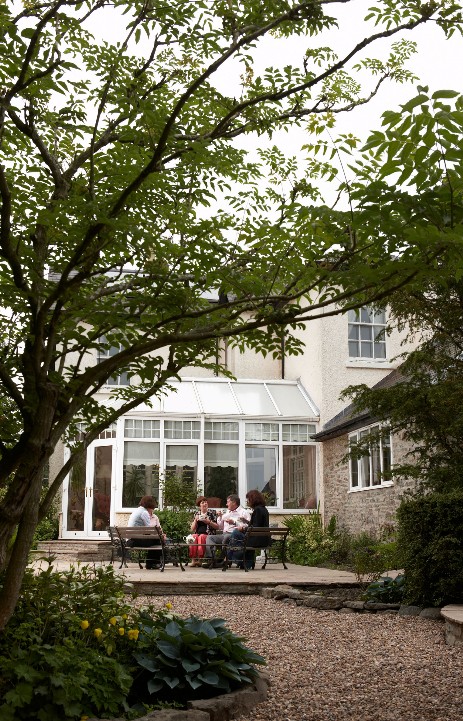